All street vendors of Telangana, who sell fruits, vegetables, and other products on the roadsides, are now set to be designated specific zones and modern vending carts, in accordance with a new policy of the state government. New vending zones are being set up across the state, where registered street vendors will be accommodated, to provide an easy working environment where their livelihood will not get affected in any way. 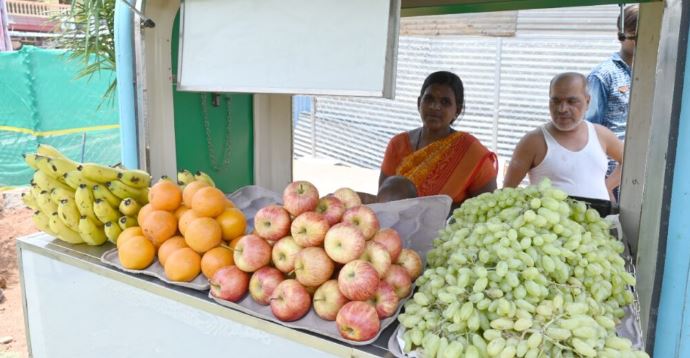 As the new comprehensive urban area development programme of the Telangana government, called ‘Pattana Pragathi’, is being rolled out across the whole state, Narayanpet has emerged as the first district in Telangana to implement this policy on the ground level, by designating special areas to street vendors with state-of-the-art vending carts, designated dustbins, and washing areas.

Bathukamma Celebrations at Barambavi in Narayanpet !

She Toilets – Mobile Toilet for Women

No matter how big or small an idea may seem, every idea that helps our nation develop matters.

Let me know what YOUR IDEAS are.

© 2022 By Harichandana IAS. All Rights Reserved.